0
Join us on Tuesday, February 22, from 1:30 PM till 2:15 PM (CET) + 45 more minutes of informality (if you care to stay on) for the first use case in our Digital Food series. Registration is no longer possible.
Related
Data scientist Sjaak Wolfert, senior researcher at Wageningen Economic Research, thinks the biggest problem in digital innovation is fragmentation.

Large-scale application in the practice of technology from the lab is a major challenge. According to Wolfert, the digitisation of the agri-food sector is in the twilight zone between scaling up and bridging the gap between the technological potential and the willingness of users to engage with it.

Many digital innovations never see the light due to a lack of funding. This deficiency is mainly at play during the middle part of an innovation project. When an innovation is in the lab stage, it is usually with the help of public funding. The actual production of this kind of app or sensor is often funded by private parties who want to bring the innovation to market. However, there are a lot less funding options available for the in-between stages, when a lot of money is needed for the development of prototypes and pilot studies.

Wolfert says policy makers should focus on this middle stage. “This is when applications are promising, but public financiers pull out and private providers of finance see too much risk.”

Smart agrifood hubs in both the public and private interests are a challenge. Wolfert explains how to navigate between the two interests. 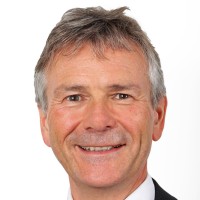 Dr. Sjaak (J.) Wolfert is a Strategic Senior Scientist at Wageningen Economic Research, part of Wageningen University & Research. His main research areas are Information Management & ICT, Systems Analysis and Sustainable Development with current topics Internet of Things (IoT), Big Data and Digital Innovation Hubs. He is involved as (scientific) coordinator and principal researcher in several national, international and EU-funded projects such as SmartAgriHubs, FIspace and IoF2020. Since 2009 he is also part-time affiliated as assistant professor to the Information Technology Group of Wageningen University, involved in teaching and supervising students. From 2018 to 2020 he was also part-time affiliated to the Wageningen Data Competence Centre as coordinator Value Creation.

He was president of the European Federation of ICT in Agriculture, Food and the Environment (EFITA) and also president of its Dutch national member organization (VIAS)
Comment
Related
Comment