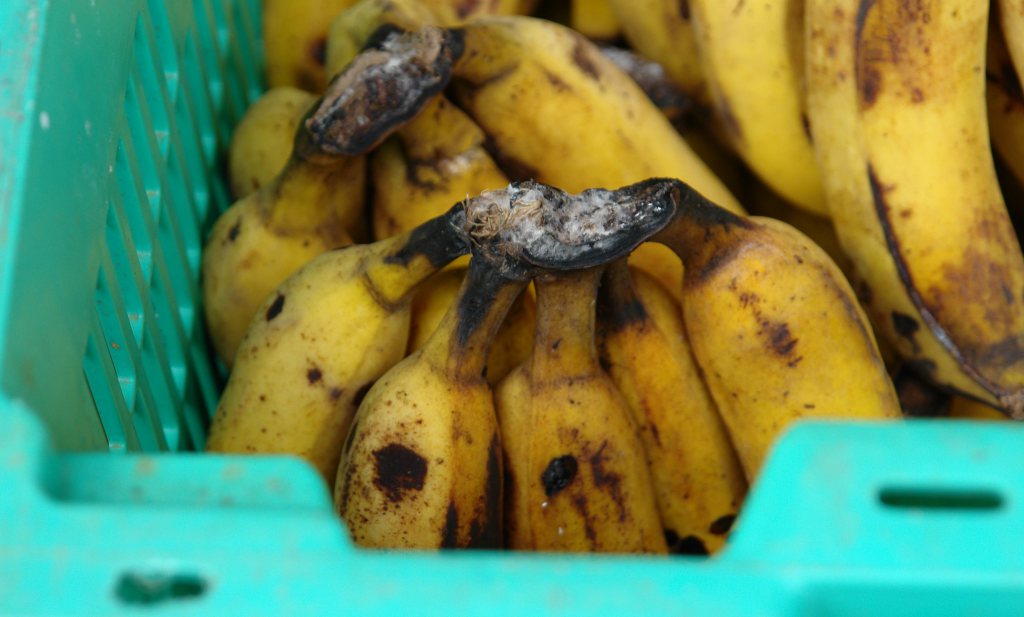 0
Photo credits: Crown rot, Scot Nelson
Major stakeholders in the agriculture sector have attributed manual harvesting, lack of storage facilities, bad roads and inadequate training on best practices as major factors responsible for food losses which is put at 100million metric tonnes annually in Africa.
Related
In Sub-Saharan Africa, post-harvest food losses are estimated to be worth $4 billion per year or enough to feed at least 48 million individuals (FAO, 2019).

According to the Food and Agriculture Organization (FAO), of the United Nations (2018), an estimated 1.3 billion tonnes of food is wasted globally each year, which is projected as one third of all food produced for human consumption

In separate interviews with Daily Independent, experts suggested that farmers need to be supported with right policy, training on best practices, provision of cold storage facilities, regular power supply among others.

Emmanuel Ijewere, Vice President Nigeria Agribusiness Group (NABG), stated that the first step is to recognise the fact that any food produce in any country in Africa especially Nigeria is an asset to that country, and that the government should express the need to protect it because that is what nature has given.

“Unfortunately, because our lands are so fertile and we get all these things almost free of charge, we do not take it seriously and so in the value chain you have farmers who first and foremost have no best practices, they have not been trained, they are still using the practices they have been using since time immemorial. Those who are better educated, who are in the position of policy formulation, do not really help them.

“The whole idea of food is not considered as an asset to be preserved. In other words we lose a lot on the farm; we lose a lot in the harvesting pattern we adopt."


He cited an example of a manual harvesting of oranges where one will climb the tree and shake the trees for the oranges to fall; Ijewere noted that through the process alone, 30 to 40 percent of the oranges have been lost due to them hitting the ground.

He also stated that bad roads coupled with all kinds of obstacles and roadblocks along the highway are other reasons for the losses.

“We have all kinds of bad roads along the highway. There are all kinds of obstacles and roadblocks by government officials so by the time they get to their destination a lot of it is lost and a lot of people holding them up do not care about the value of the goods."

“What also happens is that when the food eventually arrives in the city, most of the people in the city don’t have any choice than to pay any price it arrives at. This further drives poverty."

Dr. Ikechi Agbugba, a Professor of Agribusiness Management with Cavalla International University (CIU), said governments at all levels must take responsibility by providing adequate security for farmers, processors and other stakeholders in the value-chain.

He said food is still wasted as a result of a plethora of issues, stating that literature studies have shown that 20 to 40 percent of perishable agricultural produce, particularly fruits and vegetables, get wasted largely as a result of poor harvest and post-harvest handling techniques, poor infrastructure and amenities and lack of processing facilities.

Arc Kabir Ibrahim, National President, All Farmers Association of Nigeria (AFAN) said that the manner in which harvest is done is normally bad, and that a lot of it is lost because machinery is not used during harvesting.

“Additionally, because we don’t have storages, most of the things that are perishable are supposed to be kept in a controlled climate, however, we have very poor power supply so we lose some of these things due to carriage."

“Also due to poor processing some of these things are not processed; they still remain in their primary process."

He said that AFAN is now working with the Nigerian Stored Products Research Institute (NSPRI) on some innovations on how to store some of these products.

Ibrahim also stated that the loss is very devastating, and that the farmers are losing and the Nigerian economy is bad for it.

“We lack harvesting machinery, we are harvesting manually and we also lack storage facilities. If we are using machines we will reduce the losses significantly.

“Our transportation system and the lack of storage facilities is another cause. If you are growing perishable crops like tomatoes and other vegetables, it requires refrigerated conditions and a refrigerated transport system.

He said that in the developed world, the government gives farmers support and they provide machinery and storage facilities.

“If the government is ready to care and support the farmers, the farmers are ready, nobody wants to make a loss, these losses are from our funding because sometimes we don’t make profit, we make loss, so the government has a lot to do in this regard,” he added.

Magaji further stated that the Nigerian economy is largely dependent on agriculture, and that if the government can support the farmers it would increase the nation’s GDP.

Dr. Abayomi Olaniyan, Outgone Executive Director of National Horticultural Research Institute (NIHORT), said that horticulture crops have a unique feature which is having a large percentage of water which makes them perishable.

He said post-harvest losses start right from the farm due to the planting and the harvesting methods, stating that there are no precautions in place to guide against these losses.

“In the advanced country they have been able to overcome some of these challenges providing cold storage which developing countries like Nigeria have still not put this into consideration.

“Our transportation system is very appalling. You will see a vehicle transporting tomatoes using baskets and they are tying them together. In advanced countries there are trucks provided for that purpose."

On how to tackle it, Olaniyan noted that these precautions have to start from the farm and that the method of harvesting exposes these crops to spoilage.

He said farmers need to be trained on best practices on planting and harvesting.

“Farmers have to be trained on the proper planting and harvesting methods that can keep these crops in good shape."

“Electricity is one of the challenges in cold storage but there are other methods that require lesser cost but farmers do not know these methods. If farmers are trained on how to add value to their crops when there are gluts it will help reduce the loss."

“Government should assist with storage facilities like storage location centres for farmers so that when they harvest they can bring these perishable crops to those locations in which their crops will be stored to guide against spoilage, even if they are to pay a token,” he said.