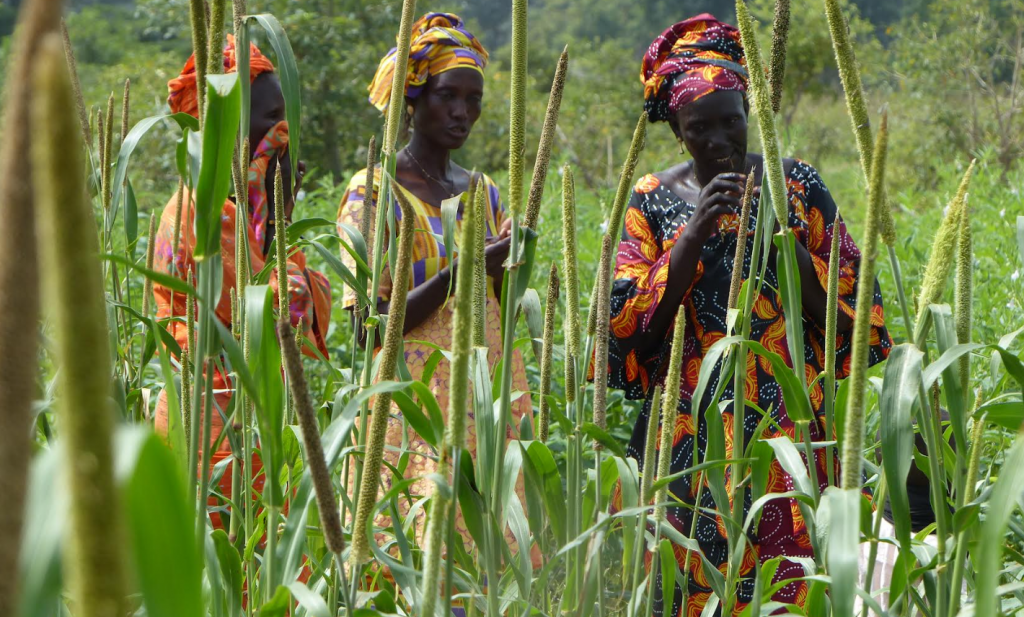 1
Photo credits: 'Women in community practicing FMNR', Senegal, Masja Helmer (Both ENDS)
Women are key stakeholders in the agricultural sector, providing support services in production and actively participating in processing and trading; contributing to the economic growth and development of the nation.
Related
The relevance of women in development cannot be overemphasized, yet they are less recognised in decision making activities especially in policy development. This is hinged on an age-long patriarchy system, which projected women as "not capable" to do the productive work. Thus, women were believed to be good in reproductive and community services. Over the years, the notion has been proved to be a FALSE claim as women are the most important asset in the agricultural sector, providing up to 45% of the labour force in the agricultural sector in emerging markets.

Asides that, women are actively involved in agriculture, especially the fruit and vegetables subsector. And at the same time women are actively involved in reproductive and community services that drive continuity of food production, but unpaid for. Yet, they are still sidelined in major decision making activities. Yet, they don't have equal access to resources and control of resources. Yet, they don't have equal opportunities as the male farmers. Yet, they are still working assiduously to ensure that food is produced with all the bottlenecks they experience and have not been deterred in contributing to achieving food security.

It is pertinent we move from the rhetoric of why gender equality to why not gender equality for us to achieve zero hunger. Imagine a World where women farmers have equal access to the same opportunities and resources as their male counterparts, definitely productivity would increase geometrically. Therefore, achieving food security should also be hinged on empowering women; not only in words but in clear actions that would liberate them from just being decision takers to decision makers. We all need to take a proactive action to embrace women empowerment as one of the important means to achieve zero hunger in our World. In conclusion, "the world needs strong women. Women who will lift and build others, who will love and be loved. Women who live bravely, both tender and fierce. Women of indomitable will" (Amy Tenney).

I am very pleased with this article, Babatunde! Indeed, worldwide the 10 countries where women have the worst position in the society, show an average agricultural productivity of only 1/10 of the 10 countries where women have the best position (almost equal to those of men). And the worst the position the higher the number of births per woman. The more babies per woman, the lower the food security index! Two key reasons are the level of education and the involvement in decision making in agriculture.