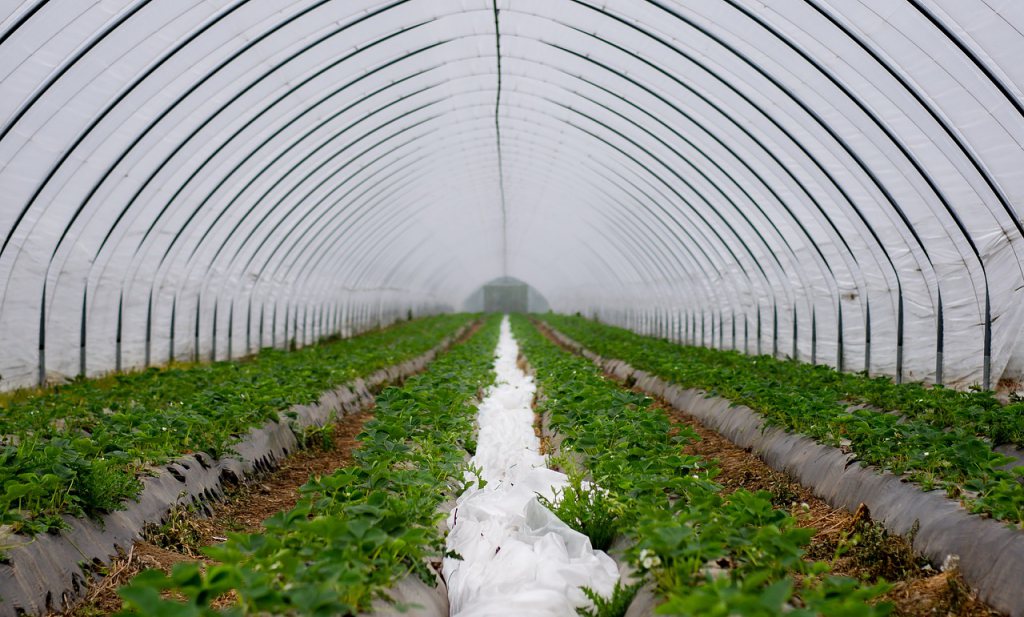 1
Photo credits: Wall tunnel, DarkmoonArt_de
Soon after the start of the COVID-19 pandemic, the Dutch Greenports organisation requested their partners to think about possible future scenarios for the Dutch horticulture industry. By mid-November these scenarios were published and were followed recently by a publication that dealt with scenarios from an international context. The following text addresses these same scenarios but investigates opportunities for collaboration between The Netherlands and the African continent, more specifically Sub-Saharan Africa.
A decreasing number of Africans lives in tribal circumstances. About 50% still live in rural areas. This situation is rapidly changing as an exodus to city areas is going on. At the same time agriculture is a key sector in almost all African economies. In a large number of countries, a majority of the population is working in the agriculture sector. The African population is expected to grow by 400 million over a short period of time. It will rise from the current 1.3 billion to 1.7 billion persons by 2030.

The future African population is expected to be on younger on average. The majority will live in urban areas with better education, due to the availability of knowledge and educational tools via internet which will be readily available in African households. The growth in population will not only result in an increase in demand for horticulture products but the increased urbanisation will also require changes in the value chain, including the increased demand for storage, cooling, processing and transport and logistic services in Africa.

Agriculture is a key sector in almost all African economies; in a number of countries, a majority of the population is working in the agriculture sector

Dutch Horticulture Industry in African Context
A limited part of Dutch international investments and trade in the horticulture industry find their way to Africa. The continent exports vegetables from northern African countries. Over there a small number of Dutch companies have production facilities that produce mainly for the European market. A number of African nurseries, some of which have Dutch roots, export flowers and young plants from countries of East Africa to Europe. Apart from that, Dutch seed companies are increasingly active in Sub-Saharan Africa, followed by training institutes and suppliers of horticulture inputs and equipment.

Although the newly published horticulture scenarios are based on the Dutch context, elements can be used to better understand the EU-African relationship in vegetables and fruits.

In both “local” worlds, trade between Africa and The Netherlands will be reduced and import from Africa will be limited to those indispensable agricultural raw materials which cannot be produced in The Netherlands or neighbouring countries. Dutch involvement with Africa will decrease and investments will be limited to opportunities for seed companies to produce seeds in joint ventures for local African use and export of knowledge via service concepts in frugal applications of western agritech mechanization and protected cultivation.

The two ”global” scenarios offer a different outlook for horticulture's four sub-sectors including the seed industry, flowers and young plants, vegetable and fruit production as well as techniques and services. 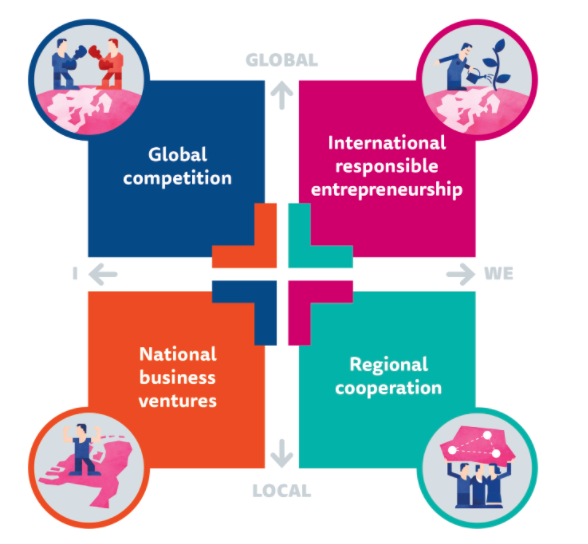 The matrix above presents four types of cooperation along two axes: the I/We range, and the Global/Local range.

Opportunities in a I / Global World; Global competition
In the I / Global world, Dutch enterprises operate in a cutthroat global competition. Companies are forced to focus on maximizing short-term results to fulfil shareholders requirements. Economies of scale and cost efficiency are leading principles. Companies have three reasons for business involvement in Africa: access to raw materials, cheap labour and an expanding local market.

Seed companies see opportunities to continue and expand their African activities as this is seen as a growing local market for basic foods. The emphasis is on specific high yielding hybrid seeds, suitable for warm and dry climate. In certain highly urbanised areas, highly efficient large scale production locations for horticultural products, mainly vegetables, producing high quality and healthy products for the top segment of local markets (hotels, airports, private clinics, top restaurants and the 5% wealthiest citizens) offer opportunities. Export of specialties from Europe to African countries is extremely efficient, using e-commerce techniques implemented by big tech from China and USA. Production of young plants, flowers and tropical vegetables and fruits takes place in Africa. Apart from governance, safety and security issues, decisions to invest in capacity is based on a cost comparison between import/export of produce, taking into account climatological circumstances and labour costs.

Opportunities in a We / Global world; Responsible International entrepreneurship
In the We / Global world Africa has become an interesting market with growing prosperity and growing consumer markets, e.g. resulting from a European policy to introduce true pricing in almost all business lines. This is a development which started in the food sector. Farmers are rewarded via sales prices for a good entrepreneurship/employership and compensation for the natural costs involved with restoring nature, based on internationally required growing licences and certificates.

Opportunities for seed companies have grown significantly, given population growth and improved living standards of the average African. In particular, specialty seeds producing vegetables which maximise nutrient value and health impact and can thrive under difficult climatic conditions, have good sales forecasts.

Protected cultivation will gain ground in Africa. In the We / Global world protected cultivation is supported to reduce the water usage, to make better use of solar energy and to stop deterioration of soils. Dutch conglomerates see opportunities to set up specialized nurseries near African megacities in joint ventures with African entrepreneurs in which Dutch parties offer e.g. remote cultivation coaching. Due to the improved investment climate growers can expand into more value added products and –in collaboration with others- Dutch horti-technique companies can offer custom made, carbon-footprint neutral greenhouses including digital crop monitoring systems (such as cameras, sensors, data and artificial intelligence) to increase yields and to professionalise efficient IPM based on natural crop protection.

On the one hand Africa is a promise in horticulture. Its favourable growing conditions, growing and educated population and ongoing urbanisation offer a wealth of opportunities. On the other hand Africa is a risk due to climatological, governance and security issues and the lack of infrastructure hampering the value chain. In global scenario’s, especially in the world of International responsible entrepreneurship, Dutch investments in and trade with the African continent can benefit from the opportunities described above.
The 2x2 I / We and Global / Local matrix can help African and Dutch entrepreneurs to better understand why and how to collaborate from a 360-degree bird's eye view of the business environment.

Thanks Frans de Jong , it does help me as an entrepreneur to increase my understanding of the future business environment.

I really hope the future is global. The mentioned present major trends in Africa; climate change, population growth, and education are for a large part caused by global interaction. I hope the local scenario is not confused with a romantic picture of agriculture and self-sustainability. The outlook of a local world for African horticulture to me is mostly a doom scenario of poverty and low quality of life for the masses.

For all in favor of the local scenario, I hope they will try out this scenario in their personal consumption patterns. Of course, this counts for not only entrepeneurs, but academia, policy makers and aid workers as well.